Does the Bible Really Say….

Revd Dr Jonathan Tallon trained at St John’s Nottingham and is now Biblical Studies tutor for Northern Baptist College. He is the Research Programme Director at Luther King House, where he teaches New Testament and Greek.  He has previously taught on a variety of Anglican courses and has also been a parish priest.  His own research interests include the interpretation of Paul in the early Church and his doctorate was on the concept of faith in the preaching of John Chrysostom.

Jonathan runs the Bible and Homosexuality website and associated YouTube channel.  He enjoys photography as a hobby, and drinks too much coffee. 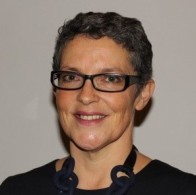 Dr Meg Warner is a Biblical Scholar specialising in the Old Testament and the Hebrew Bible and is affiliated with both King’s College London and the University of Exeter.  She is a LLM in the Diocese of London, where she is also an elected member of the General Synod.  She travels extensively and speaks at conferences, festivals and church events both at home and abroad.  A full list of Meg’s publications and most recent blogs can be found on her website.

Very Revd Professor Martyn Percy (BA, MA, M.Ed, PhD) is the 45th Dean of Christ Church, Oxford. Educated at the universities of Bristol, Durham, London and Sheffield.  Prior to this Martyn was  was Principal of Ripon College, Cuddesdon, Oxford (2004-2014) and has served as Canon Theologian at Sheffield Cathedral, and is a Canon Emeritus of Salisbury Cathedral.

Rt Revd David Gillett, former Bishop of Bolton writes:  ‘As a Theologian-Pastor, my views, like many other Christians have developed over time since my M.Phil dissertation of 50 years ago explored approaches to sexuality in the bible. Since then I have been a lecturer at St John’s College, Nottingham and Principal of Trinity College Bristol, interspersed with ministry as youth worker, vicar, peace worker, and bishop. My academic/teaching interests are in the areas of Old Testament, World Religions and Spirituality.’

Revd Marcus Green studied at Merton College, Oxford before training for ordination at Wycliffe Hall. After two curacies in the Church in Wales he spent a year at Cambridge; his research there was later published as part of his book Salvation’s Song. After returning to parochial ministry in Wales, Marcus continued to lecture on this research at colleges from Wycliffe Hall in Oxford to Asbury Theological Seminary in Kentucky. Marcus has since written The Possibility of Difference and continues to write, blog and speak on LGBT issues and the Bible. 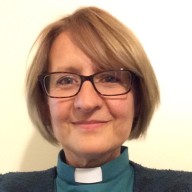 Revd Dr Hayley Matthews trained for ordination at Ridley Hall, Cambridge. Her PhD – No Faith in Equality and Diversity – was supervised by Lancaster University Management School, begun during her curacy at Lancaster Priory. Since then she has written and broadcast on a wide range of issues around gender and sexuality including a Temple Tract – Grace and Power: Sexuality and Gender in the Church of England. Hayley has been a regular broadcaster with the BBC on regional and national religious programmes, Chaplain to MediaCityUK, Salford and Manchester Universities, the Army and Rector of Holy Innocents in Fallowfield. Hayley is currently Director of Lay Training for the Anglican Diocese of Leeds, a Trustee of the William Temple Foundation and sits on the Foundation Committee of York St John University and writes as a guest blogger for ViaMedia.News and the William Temple Foundation.

The Revd Canon Dr Simon Taylor is Canon Chancellor of Derby Cathedral.  He is the author of two books, including How to Read the Bible (without switching off your brain) (SPCK, 2015).

He is soon to take up a new role as Director of Ministry Development in the Diocese of Bristol.