After the Apology – Surely the Centre Cannot Hold?

by the Revd Canon Rosie Harper, Chaplain to the Bishop of Buckingham, Member of General Synod and Ozanne Foundation Trustee 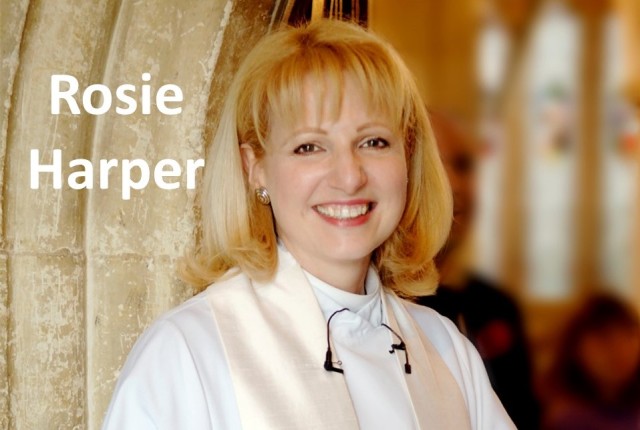 There has been an apology. I confess I don’t get it.

The apology from the Archbishops was about the tone and the timing of their Pastoral Letter, and it totally missed the point. Yes, the timing could have been better. It cut right across the Living in Love and Faith process, a very lengthy process during which we have been told to hold fire. Yes, the tone was appalling. It was patronising and churchy and excluding. People rightly objected to both those problems, but it was the content that gave deep offence and for that there was no apology.

A lot has now been written about this but surely we have yet to experience the longer term effects?

I have heard explanations about how this document got into the public domain. It was basically “cock-up” rather than conspiracy. In an institution which does “high control” rather than “high trust” that is actually quite funny. As someone who knows their Facebook posts and tweets are carefully observed there is a childish delight in the banana skin moment!

It would be easy to think this is an in-house matter and it will blow over. Living in Love and Faith will be published and the usual motherhood and apple pie response will kick the deeper issues into the long grass.

However, I suspect that this is more than a domestic matter.

We have now declared in a very public way that the relationships of many of the people we love and care about are sub-optimal. Anyone who has sex outside a heterosexual marriage is falling short.  So that’s your own relationship, your sons and daughters, your friends and colleagues, in fact a large proportion of the whole nation.

How does that play?

How sustainable is it to pretend to be the national church when you write off the deepest and most meaningful part of most people’s life in a careless and patronising press release? The document is all about sex in a most lightweight and mechanistic way and completely misses the really profound dimension of people’s lives, which is about love.

To be an established church in any worthwhile way involves a synchronicity, a recognition of the realities of people’s lives. It involves living in the same space and speaking the same language.

Archbishop John recognised this way back. In Jamaica in Feb 2012 he said: ‘The only thing the Church of England needs to do is to ensure that its worship, its life, begins to reflect the community it serves. Its leadership needs to do that as well.’

He was talking about needing more black people in the CofE, but of course the same principle applies across the board.

Let’s not kid ourselves that we can get away with this or that we can pretend it never happened. The National Secular Society are all over it.

There is now a bill (House of Lords (Removal of Bishops) Bill’ to end the automatic right of Anglican bishops to sit in the House of Lords, which the National Secular Society helped to draft, and has been introduced to parliament by the Liberal Democrat peer and NSS honorary associate, Dick Taverne.

This private member’s bill would mean that the 26 places in the House of Lords which are reserved for the Church of England’s bishops and archbishops would end .

The Pastoral Letter sadly demonstrated that they are indeed so utterly out of touch with our society that it is hard to see how they can legislate effectively in a relevant way.

This gulf between the pronouncements of the Church and the ethical temperature of the country is mirrored by a gulf between the leadership and the parish. I find myself apologising all the time. ‘Yes I’m a Christian, but not that kind of a Christian.’ ‘ Despite the Pastoral Statement here in this parish all are welcome and all are blessed by God.’

Maybe the reason is that our faith is not at core propositional, but the Church has become increasingly so.  As some parts of the Church look for high definition we are losing the blurred edges.  There is a desire to prescribe ‘the true’ believer. It seems possible to be on the right side of the righteousness line even though your faith makes you a nasty person.  You can be someone who genuinely thinks that you can follow Jesus and at the same time exclude people. The opposite should be true. At funeral visits, people tell me: He wasn’t much of a church person, but he was a good Christian. Most people feel that Christian is how you behave not what you believe. The Pastoral Letter got that completely the wrong way round.

Perhaps we can learn from our Catholic sisters and brothers? Yes, there are those who are aligned to the full scope of Catholic teaching, but the vast majority don’t sweat that stuff at all. In conversation with a Catholic family in Germany a couple of years ago I asked, ‘But how can you go along with the whole contraception thing?’ ‘ Ah Rosie, we know they have to say it, but we don’t take any notice.’

When I stood for General Synod 10 years ago I honestly thought that the gulf between the Church of Lambeth Palace & Church House, and the local Parish, could be bridged.

I have reluctantly concluded that its probably impossible.

The Pastoral Letter cemented my resolve. I won’t be standing again.

Like Loading...
This entry was posted in Establishment, Human Sexuality, Living in Love & Faith, Rosie Harper. Bookmark the permalink.

14 Responses to After the Apology – Surely the Centre Cannot Hold?