by Erika Baker, Convener of the Christians for LGBTI+ Equality Facebook Group 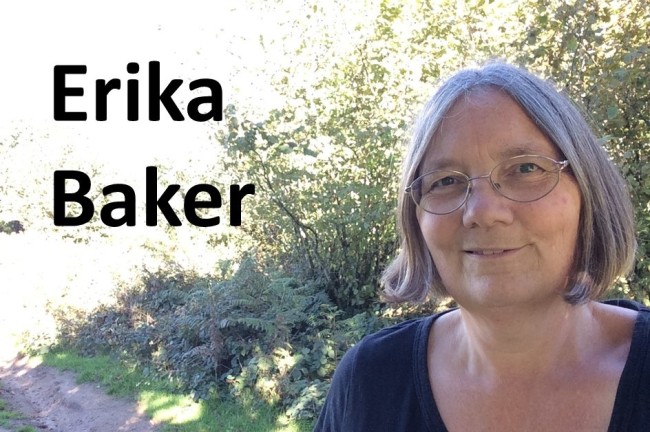 Our current polarising Brexit debate shows us what happens when politics does not include the notion of Good Disagreement, and when winning at all cost comes at the price of demonising those who don’t agree with us, and even lying about them.

Getting close to people, truly understanding their concerns and not demonising them is the only solution to the clash of civilisations Jayne Ozanne highlights so well in her latest Via Media post.  As long as we divide people dismissively into ‘Remoaners’ and ‘Brexshitters’, or into con-evos and liberals, whereby both words are devoid of any real meaning beyond “disagrees with me on something important”, we will only increase the level of mutual misunderstanding, suspicion and dislike for each other.  Without breaking down our own resistance to giving up our beloved stereotypes, we will never get to that holy grail of Good Disagreement. That state where we respect each other’s views and, even if we don’t agree with them, stop fighting each other with such corrosive passion.

That said, Good Disagreement in itself is not anything tangible. It’s a frame of mind, a way of engaging with people. Of itself, it is not a solution to anything.  In our LGBTI+ debates, we absolutely must find a way of developing an attitude of Good Disagreement  before we can begin constructive conversations about what it is we are disagreeing about and how we can find a solution.

Our Brexit debacle, the decades leading up to it and the way it currently plays out in our politics teaches us something else: If one side in a political debate is completely disenfranchised and feels powerless, the only outcome is resentment, increasing hostility towards “the others” and a semi‑permanent sense of victimhood. Good and durable  political outcomes can only be achieved when all participants have an equal voice in the process, when compromise has been sought and found, and when people feel that everyone’ s interests have been taken seriously.

For our LGBTI+ conversations this means that while we can learn to understand why each side holds their views, and why each side can hold them with genuine love and faith, we simply cannot leave it there. We cannot just stay at the table, accepting that it is difficult.

Living side by side in acceptance of difference is impossible while one side experiences genuine discrimination, in law and in every day Church life. The disenfranchised people in that unequal conversation are never going to accept that they must continue not to have genuine agency in their lives and that they must live out the consequences of other people’s theology while their own is simply dismissed.

It is not possible for the Church as a whole to welcome the “good” LGBTI++ people who believe that God calls them to celibacy and to force the other LGBTI++ people to accept reduced lives that are not aligned with their understanding of God’s will for their lives. There can be no genuine mutuality when only trans people who don’t seek to transition are fully accepted into the fold. There can be no genuine welcome for intersex people while churches define the status of a person born with a variety of sex characteristics as ‘disordered’.

It is not possible for us LGBTI++ people and for our allies to accept that those who disagree with us have the unilateral right to make the rules that govern our lives.

Mutual Flourishing, that other holy grail developed during the Women Bishops debate, is only possible when both sides are genuinely equal and can freely disagree with each other. Our debate can only be solved when competing theologies are officially given equal status and when all legal constraints are removed. Yes: removing all legal constraints and permitting equal marriage for lay people and clergy is not the end point. It’s the baseline without which no peace will be possible.

That’s why I don’t hold with the idea that we must always accept that we may be wrong. It is not credible to expect that happily married gay people who know God’s grace in their lives will suddenly be persuaded that they should have suffered loneliness and self-hatred instead.

It is not credible to expect that trans people who have found wholeness and healing in transitioning will be persuaded to believe that living with constant gender dysphoria would have been what God wanted from them.

And it is not credible to expect intersex people to accept the violation inflicted on them by doctors, and to accept the verdict that they are disordered.

Nor is it credible to expect that gay people who believe that God asks all gay people to lead celibate lives, and who live up to that belief with great courage, faith and personal struggle, will suddenly come to believe that their efforts were misguided.

We and our allies on both sides of this conversation have all grappled with the topic of gender, sexuality and Scripture deeply for years, and none of us with a genuine stake in the debate are likely to come to a different conclusion.

The attitude of Good Disagreement is needed to help us to recognise why people believe what they believe and respecting that. It is not about winning a battle and beating the other side into submission. Rather, it is about recognising that all of us, on all sides of this debate, are living out our lives in faith and trust in the same loving God. And that we are each answerable to God for our own lives and choices. We can take the risk of allowing others to live differently.

Once we commit to an attitude of Good Disagreement , we can finally create a Church that enables genuine mutual flourishing for all.