The Slow Death of Patriarchy

by Jayne Ozanne, Director of Ozanne Foundation and Editor of ViaMedia.News 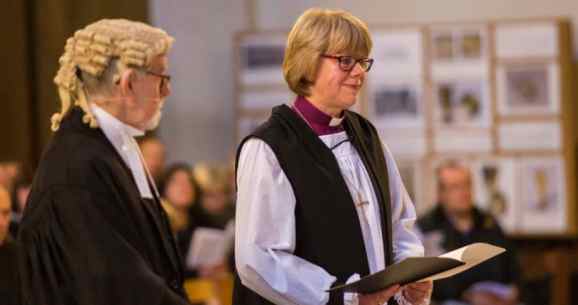 On International Women’s Day 2018 we learnt the sad reality that nearly two-thirds of women have experienced sexism in Church, with over half citing “institutional sexism” as being the primary reason for blocking their progress and “being all that they are called to be”.[1]

On the very same day we heard the Counsel to the Independent Inquiry into Child Sex Abuse quote from a statement by Roger Meekings (who produced the 2009 report into known cases of abusers in the diocese), that: “The dominant or prevailing culture of the Diocese of Chichester with regard to women may have had a significant influence” in regard to safeguarding.[2]

Indeed, only a few days earlier we heard a former diocesan safeguarding officer, Shirley Hosgood, suggest that safeguarding in the Chichester diocese was “impeded in part by tensions over authority arising between senior male clergy and female lay church officers, including herself.”[3]

These are shocking indictments for a 21st century Church in modern day Europe.

What is even more shocking, however, is that for many of us this is not news at all!  Quite frankly, we have been aware of this for years, and yet relatively little has been done to address it.

This begs the question “Why?”

Why has the Church, unlike any other public institution been allowed to continue with such deference to a patriarchal way of being – in a way unlike any other?  It seems even more unfathomable when we reflect on the fact that over 65% of the UK Church are female[4].

I have a rather uncomfortable suggestion to make….

Maybe it is in part because over 65% of the UK Church are female!

You see, an organisation with such a strong bias towards female members is likely to actively attract male leaders who, let’s face it, like to be in dominant positions of authority over women.  For those who believe in a male headship model, this type of institution is a dream!  The Church can provide a place, unlike any other, with lots of subservient women just sitting there waiting to be lead.  Many of these women have imbibed a message of male headship without even questioning it, underpinned with teachings enforcing God as “Father” and Jesus as “male” without any counter teachings of female narratives, such as Wisdom being referred to as “female”.

The problem is that ultimately co-dependency always bears bad fruit – and it is this we are finally being forced to recognise now.  The most tragic of which appears to be coming out in the IICSA hearings, where the concerns of a female safeguarding officers appear not have been heeded.

Thank goodness there are now those who are actively looking to address this disastrous imbalance within the Church – but it will take more than a few senior female appointments to do so.

Whilst the appointment of Bishop Sarah Mullally to the third most senior position in the Church of England is a welcome start, it will require a determined change of heart by all those within the Church – both lay and ordained – for the over-riding culture to be changed in the longer term.

And for that we need to address the underlying power issues, and that requires thousands of men (who love being in charge) to be willing to relinquish their power.  A first step would at least be to recognise the barrier that they have been to the mutual flourishing of their fellow Christians.

Yes, of course there are issues of theology at stake here, but that too can be a smoke screen for a more imbedded misogynistic culture that has been allowed to continue unchecked.

So how do we help facilitate this change?

My proposal would be for a formal act of repentance and contrition by the Church for the significant harm that has been done by institutional sexism – which has constantly preferred men over women.  In this season of Lent, let us look to recognise and repent of the flawed teachings that have sought to subjugate women and keep them from fulfilling their God-given callings.

“But what about the Five Guiding Principles?” I hear people cry. “Would such an act be consistent with that?!”

My firm answer is “Absolutely, yes!”  In fact, without it, we cannot hope to truly embrace the Five Guiding Principles as there has yet to be any formal recognition that a significant part of the Body of Christ has, for far too long, been purposefully kept from flourishing.

So, Church, are we prepared to finally recognise the damage that our sexist teachings have wreaked over the years?  Are we willing to repent and commit ourselves – at every level of the Church – to a new way of thinking, that values the gifts and callings of all?

Will we call out bad behaviour when we see it?  Will we challenge sexist attitudes when we encounter them?  Will we speak out when we see female colleagues treated as “less than”?

For Christ’s sake, I hope so, as then future generations of women may finally begin to flourish!

1 Response to The Slow Death of Patriarchy